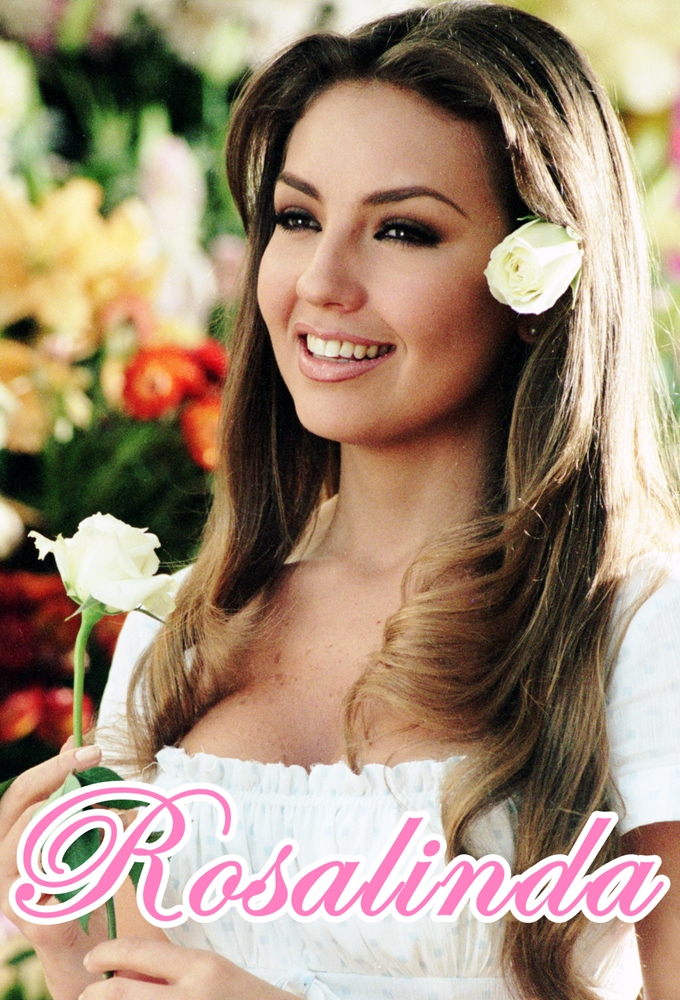 Rosalinda is a pretty woman who sells flowers and decorates a fancy restaurant. One day, she meets Fernando José, a man of high social status. He plays the piano at the restaurant. They eventually fall in love, get married, and have a child named Erika, but his stepmother Valeria desires to split the happy couple up, and she has the perfect way of doing so.

Rosalinda's real mother, Soledad, served a 20-year prison sentence for the murder of Fernando José's real father. She was innocent, but took the blame. After finding out this horrible news, Fernando José abandons Rosalinda and her daughter. Valeria kidnaps Erika. Rosalinda goes into a clinical and eventually loses her mind. She is locked up in a mental hospital.

One night, the mental hospital catches fire and burns down. Rosalinda fortunately manages to escape. However, her loved ones are convinced she is dead. Suffering from a major case of amnesia, she is forced to become a thief by an old man who takes her in. She meets Alejandro "Alex" Dorantes while trying to steal from his house. Alex cleans her up and she takes on the identity of Paloma Dorantes and becomes a singer. She falls in love with Alex, the talent agent who makes her famous. Meanwhile, Fernando José marries Rosalinda's cousin, Fedra.

Rosalinda's life with Alex seems to be going well. However, things just don't seem to be totally right. One night, Rosalinda and Alex attend one of Fernando Jose's concerts. He plays a song which happens to be the first one he played the day they met. This seems to trigger Rosalinda's memory of her past. Overwhelmed by these memories, Rosalinda scurries out of the concert hall and gets hit by a car. Alex rushes her to the hospital. It is then that Rosalinda realizes that she is not Paloma, but Rosalinda. Now that Rosalinda has gained her memory back, she must go back and fight to gain her child back, her family, and Fernando Jose in the process.